The Lincolnshire Philharmonia Orchestra was founded in 2001 by Malcolm Goodman MBE and Stephen Penny, who were then both serving in the RAF bands at RAF Cranwell. Following subsequent retirement from the RAF Malcolm handed the administration over to a committee of The Band of the RAF College so the orchestra could more easily be managed as an official RAF 'club' at RAF Cranwell where it is based.

Through its unique musical partnership between the professional musicians from its home base at RAF Cranwell with professional and amateur instrumentalists from around the region, the orchestra ensures that the opportunity and experience of the full symphonic repertoire is now accessible to the wider local community.

The orchestra has had various conductors over the years, some of whom have been studying conducting in the Royal Air Force Music Services, and some highly acclaimed professional conductors have also been kind enough to offer their services in support of this unique orchestra. These have included Roy Goodman, Rod Dunk, Andrew Penny MBE, Stephen Penny, Neil Brizland, Mike Parson, Richard Murray and Chris I'Anson.

Rehearsals generally take place at 3-weekly intervals on Wednesday evenings in the bandroom of the RAF College Band at RAF Cranwell from 7.30 - 9.30pm. However, orchestral members should be aware that the security arrangements at Royal Air Force Cranwell require that all personnel are in possession of a special security pass to gain access to the base to attend rehearsals, therefore prior notification of attendance is required. 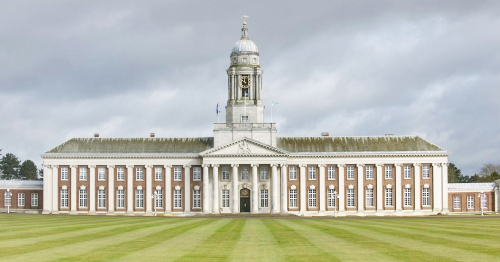